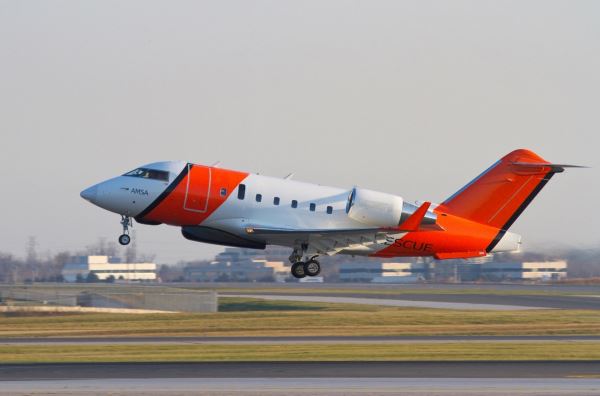 Sentient Vision’s ViDAR system is challenging radar as the sensor of choice in airborne search and rescue.

In September 2016 a United States Coast Guard (USCG) trial off the US north east coast produced an outcome that challenged the historical view of radar as the maritime surveillance tool of choice.

Sometimes referred to as an “optical radar”, ViDAR uses single or multiple 9 mega-pixel cameras , which scan the ocean’s surface in a 180-degree arc from any UAS, helicopter or aircraft on which it is mounted. Its onboard software autonomously detects any object on the surface of the ocean, captures a digital still image and transmits it to the sensor operator’s display. Operators can simply watch the passing ant trail of images across their screen to see what the aircraft is detecting in its assigned surveillance area. By simply clicking on an image of interest they can slew the aircraft’s EO/IR turret or other sensors to zoom in on the selected target.

ViDAR’s light, compact design enables integration with aircraft as small as the Insitu Scan Eagle tactical UAS. Its onboard processing system ensures only detected targets are transmitted for analysis, dramatically reducing bandwidth requirements. ViDAR greatly increases the ability of any aircraft to find objects on the surface, and is already in service aboard the Australian Maritime Safety Authority’s four highly modified Challenger 604 search and rescue aircraft.

ViDAR’s ability to detect objects in a wide swathe, in a way that immediately allows a sensor operator to distinguish between surface debris or valid targets such as life rafts and people in the water, has the potential to revolutionise the critical terminal phase of search and rescue operations.

The system’s capabilities impressed the US Coastguard enough for former USCG Captain Craig Schnappinger, who ran the trial for the USCG, to tell an audience at the Association for Unmanned Vehicle Systems International (AUVSI) Xponential US conference in May that ViDAR “seems to have broken the paradigm that you can only surveil wide areas of water using radar”

For Simon Olsen, Sentient Vision’s Director of Business Development, Strategy and Partnerships, ViDAR has the power to ease the workload of search and rescue operators, mitigate sensor operator fatigue on long sorties, and give operators a greater choice of airframes capable of performing the task at hand.

“At the tactical level ViDAR reduces the workload for search and rescue operators and increases the probability of a successful contact, particularly on long and intense sorties,” he said. “Its ability to detect and display objects in the water that may not be readily visible to the human eye reduces a sensor operator’s workload, allowing them more mental acuity to manage the mission and maintain situational awareness.

“Traditional Maritime radars are great at telling you where something is but they are unable to tell you what they have found. RADAR can struggle in higher sea states and at detecting objects with a low signature which is where ViDAR excels. ViDAR will detect and classify SAR targets in a matter of a few seconds in higher sea states which allows the aircraft to deploy lifesaving equipment quickly.