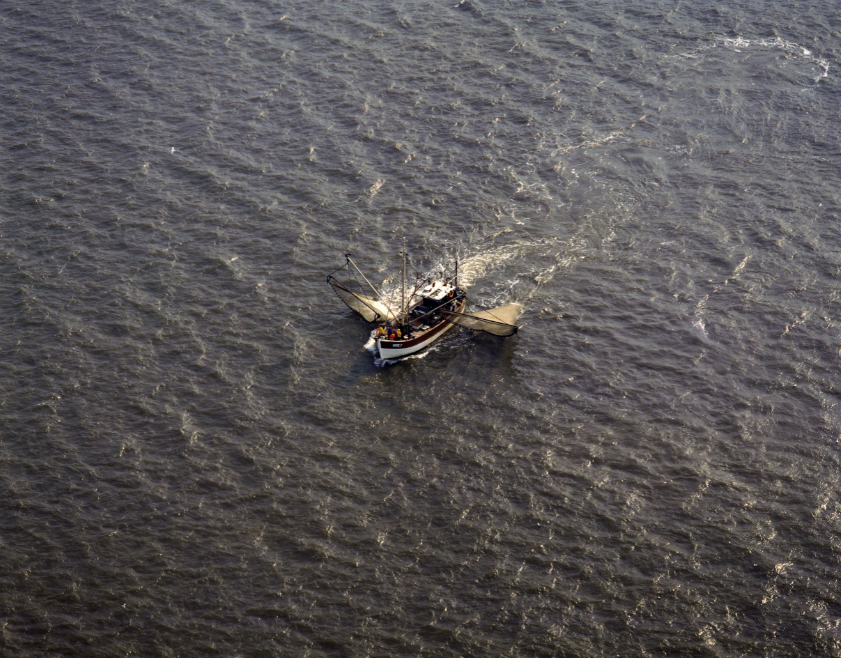 The incredible tale of the international pursuit and eventual interception by the Indonesian Navy of a rogue fishing vessel known as the Andrey Dolgov demonstrates how difficult it is for the authorities to keep track of unlawful activities across the vast expanse of the world’s oceans.

Concealing its identity by using forged documentation and obscuring its location by manipulating its Automatic Identification System (AIS) signal, the vessel and its crew are believed to have operated illegally for a decade or so, reportedly hauling in an estimated US$50 million worth of fish.

But having fled from southern Africa in March last year, the fugitive vessel was finally apprehended three weeks later on the other side of the Indian Ocean at the mouth of the Strait of Malacca. When it was boarded, the vessel was found to be carrying an enormous stack of nets that would stretch out 29 kilometres if deployed together.

The scale of this worldwide problem is truly staggering.

What is referred to as illegal, unreported and unregulated (IUU) fishing collectively lands up to 26 million tonnes of catch every year valued at somewhere between US$10 billion and US$23 billion, according to figures cited by the Food and Agriculture Organization of the United Nations (FAO).

Given the enormity of the challenge, tackling the scourge of IUU fishing is a daunting prospect. However, the wider adoption of a range of complementary technological solutions promises to bring about positive change in the not-too-distant future.

There are examples of cutting-edge technology being used in innovative ways to combat IUU fishing to be found all over the world.

For instance, in an effort to put an end to illegal fishing and related human rights abuses, conservation organisation WWF and its partners are exploring the use of blockchain technology to track tuna in the Pacific Islands from the moment they are caught.

Non-profit organisation Global Fishing Watch is harnessing the power of machine learning algorithms to process vast amounts of AIS data and information gathered from other sources to shed light on the activities of fishing vessels across the globe.

And, as in the case of the pursuit of the Andrey Dolgov and its huge mass of nets, being able to monitor suspicious vessels from the air is giving the authorities a crucial advantage.

So, if you are an organisation tasked with stamping out unauthorised fishing activities and are responsible for patrolling large areas of ocean, how can you consistently detect small vessels that do not want to be found?

And what about spotting ‘ghost nets’ – lost or abandoned driftnets – that threaten marine life and pose a danger to vessels?

Whether it is an algorithm crunching AIS data or software analysing a video feed, it is clear that being able to cost-effectively monitor vast areas of ocean requires forward-thinking organisations to leverage advances in automation.

Developed by Australian company Sentient Vision Systems, ViDAR (Visual Detection and Ranging) is an advanced airborne wide-area maritime surveillance system that is considered to be the world’s first optical radar.

This persistent search system is capable of autonomously detecting objects on the surface of the ocean at significant distances from the manned aircraft, helicopter or unmanned platform with which it has been integrated, providing operators more than 80 times the coverage of standard optical sensors.

ViDAR is ideally suited to carrying out aerial surveillance tasks in support of efforts to tackle illegal fishing, among many other missions, with its demonstrated ability to automatically find objects the size of a small fishing boat at a range of 17 to 25 nautical miles.

Crucially, ViDAR also gives operators the ability to automatically detect the small floats that keep driftnets near the surface, which is extremely difficult to achieve with the naked eye.

This is a game-changing capability in the fight against the highly destructive ghost nets that are adrift in the world’s oceans.

ViDAR demonstrated its ability to not just detect fishing vessels but also to map a series of buoys during an evaluation by the European Maritime Safety Agency (EMSA).

Within a matter of seconds, ViDAR successfully detected every single buoy marking the location of a fishing net inside the test area; not only that, but the system also automatically picked out an array of other buoys that were part of actual fishing activities further afield.

“Whether it’s counter-piracy or anti-smuggling missions, or being used in the fight against illegal fishing, the list of possible applications of ViDAR’s powerful search capabilities is continuing to grow,” says Damien Tyrrell, director of business development for the Indo-Pacific at Sentient.

“ViDAR can scan a given area of the ocean’s surface much more quickly than typical electro-optical sensors, meaning ViDAR operators are able to achieve far more with just a small number of existing airborne assets.”