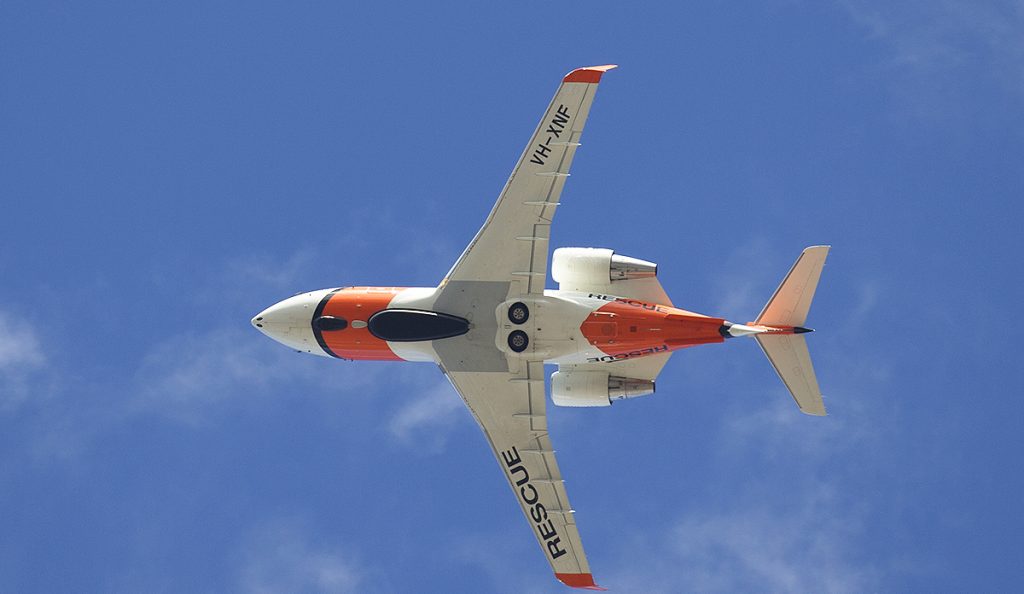 The gigantic pipes that washed up on the coast of Norfolk last year were hard to miss.

Measuring 2.5 metres in diameter and up to 480 metres long, the sections of plastic piping certainly attracted the attention of British beach-goers.

But despite their enormous size, finding the breakaway pipes that had been under tow in the open sea was easier said than done.

So just imagine how hard it would be to spot a small fishing vessel, let alone a single person, adrift amid the waves.

This is the daily challenge faced by the UK Maritime & Coastguard Agency (MCA), and by maritime first-responders around the world.

And while doing everything possible to save a life means completing this task quickly, funding constraints mean that coastguard organisations must also operate cost-effectively.

Earlier this year, the MCA and the Royal National Lifeboat Institution tested how unmanned aircraft systems might be used in future search-and-rescue (SAR) operations.

The week-long trial, which was conducted in April along the coast of southern Wales, involved a number of different SAR scenarios, one of which was an offshore search for multiple casualties.

According to the MCA, the test put a range of systems through their paces, from rotary-wing platforms offering stability for electro-optical and thermal sensor payloads to fixed-wing aircraft that were launched from a runway or by catapult.

It is surely only a matter of time before unmanned systems are introduced to help prevent lives being lost at sea, working alongside manned helicopters and lifeboats.

However, having more eyes in the sky is only part of the solution.

Some level of automation is needed if a coastguard is to operate a highly efficient SAR service; not to completely replace current assets, but rather to greatly augment the existing lifesaving capability by embracing cutting-edge technology.

ViDAR (Visual Detection and Ranging) is an airborne, wide-area search system that operates as an Optical Radar, autonomously detecting objects on the surface of the sea at great distance from the aircraft and providing over 80 times the area coverage compared to existing optical sensors.

Developed by Australian company Sentient Vision Systems, ViDAR has been operationally proven with the Royal Australian Navy, the US Coast Guard and the Australian Maritime Safety Authority (AMSA), which provides a national SAR service.

When tasked to find a person in the water, for example, ViDAR has demonstrated that it can cover an area spanning two nautical miles by two nautical miles in less than 30 seconds, whereas a helicopter that lacks the system might take half an hour to do this.

The probability of finding the casualty in time is therefore increased and the cost of the operation is reduced.

ViDAR works by integrating a set of ultra-high-definition cameras with onboard automation software that is capable of detecting objects in real time.

As soon as the system detects something, the operator is provided with an image and the object’s coordinates, allowing for closer inspection using the platform’s primary sensor.

With low size, weight and power (SWaP) requirements, ViDAR is an affordable solution that can be easily fitted to the full range of platforms, from unmanned aerial vehicles such as the Insitu ScanEagle right up to helicopters and fixed-wing surveillance aircraft including the P-8A Poseidon.

The system is highly flexible in that it can be integrated with existing airframes and it is compatible with all commercially available sensor turrets. As ViDAR is a passive sensor it is also suited to covert missions.

Crucially, because it can scan a given area of the sea’s surface much more quickly than standard electro-optical systems, ViDAR enables operators to achieve far more with their precious assets.

The operational experience gained by AMSA in Australia can be leveraged by its SAR organisation counterparts in other parts of the world.

Supported by four Challenger 604 aircraft equipped with the ViDAR system, AMSA is responsible for maritime and aviation SAR across an area spanning an incredible one-tenth of the earth’s surface.

Each aircraft is fitted with a ViDAR system that enhances the crew’s capacity to carry out visual searches for small objects in the water.

“Building on its proven performance operating over Australia’s vast SAR region, deploying ViDAR on coastguard platforms in Europe and elsewhere with the benefit of lessons learned is the natural next step for this innovative technology.” said Simon Olsen, Sentient Vision’s Director of Business Development, Strategy and Partnerships.

And looking beyond SAR operations, the list of potential applications of this system’s powerful object-detection capability continues to grow.

ViDAR is designed to find objects that other search methods might miss, so it is equally well suited to detecting targets that do not want to be found, making the system ideal for military applications, or to assist with counter-piracy operations and anti-smuggling missions.