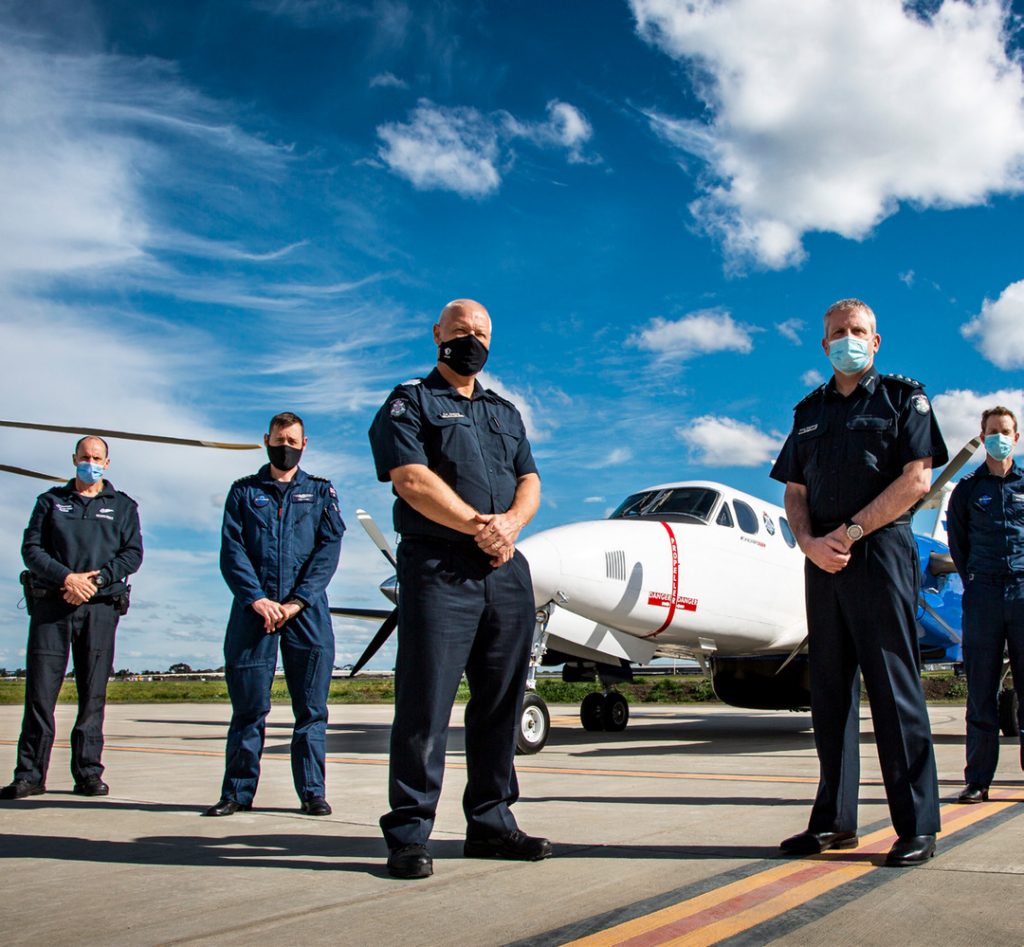 It’s a sight not seen in Victorian skies for more than 20 years – a fixed-wing aircraft bearing the Victoria Police badge and colours soaring above.

With the ability to stay in the air for more than six hours and advanced infrared camera and mapping systems on board, Victoria Police’s new, state-of-the-art aeroplane can provide assistance at any incident anywhere in the state.

The Beechcraft Super King Air 350ER arrived at the Victoria Police Air Wing’s Essendon Fields base in August and is the first plane used by the force in more than two decades.

These aircraft boast the same camera and mapping systems as the plane, as well as improved object detection software to assist with marine and land-based searches.

Insp Shepherd said with the technology onboard the new helicopters and the plane, Victoria Police Air Wing would be the envy of many police forces around the world